To completely wipe out the Gorgonites

"We are The Commando Elite! Everything else, is just a toy…."
―Chip Hazard [src]

The Commando Elite also known as the Commandos were the enemies of the Gorgonites. They were created by a toy designer named Larry Benson and manufactured from a toy company called Heartland Playsystems that had been taken over by a military division named GloboTech Industries. Their leader is Major Chip Hazard.

On each of their boxes were these words:

"A new age has dawned... Major Chip Hazard and his Commando Elite await your orders... The Gorgonites are the scum of the universe, and the Commando Elite are takin' out the trash!"
―Description on the back of their boxes.

These war-hungry toys are the most aggressive fighting force ever assembled. With their micro-processing chip hard-wired into each of them, they are ready to destroy the Gorgonites. Since the Commando Elite originated from a military based company, their weapons, tactics and commands are military based.

They had been designed to be a heroic fighting force against the Gorgonites who were created as their enemies and the villains. Their credo was "There will be no mercy!" However, their programming as well as the enhancement from the X-1000 munitions micro-processing chip turned them into unstable ruthless killing machines.

During the film, Alan Abernathy took one of each of the new range from a delivery truck. He activated Archer and Chip Hazard not knowing how intelligent they really were. After Archer managed to sneak away in Alan's backpack, Chip activated the other members of the Commando Elite. After a role-call and speech, they proceed to destroy Stuart Abernathy's shop and dismantle Troglokhan as the other Gorgonites hid in the dumpster outside.

The Commando Elite follow Alan home in hopes of killing Archer and finding the remaining Gorgonites. They sneak inside his house and interrogate Archer in the kitchen before Alan stops the Commandos from putting him in the garbage disposal. Nick Nitro assaulted Alan by cutting his hand, and was promptly shoved feet first into the disposal himself while the others escape.

After regrouping, they pack up their fallen member and begin prepping to take down Alan after they determine he aligned himself with the Gorgonites. Most of the Commandos are seen building machines from tech in the Fimple's garage. Meanwhile Link Static records a conversation between Alan and his neighbor Christy. They use it as evidence of a weakness and proceed to hold Christy hostage.

Sneaking into the Fimple's house, the Commando Elite drug Phil and Marion with sleeping pills. After making it to Christy's room, they are spotted by her younger brother Timmy. They quickly hog-tie him with twine and shove him into a closet. The Commandos come across Christy's Gwendy Doll collection, and proceed to modify then into a reinforcement army. The newly enlisted Gwendy Dolls subdue Christy and the Commandos make a VHS tape of her telling Alan to give up the Gorgonites.

Alan uses a decoy box with pre-recorded audio from the Gorgonites playing off a speaker to distract the Commando Elite while he sneaks in the back door. The Gwendy Dolls nearly succeed in capturing him, but Archer freed Christy, and they start smashing the Commando's canon fodder army and escaping.

The Commandos then chase Alan and Christy on the vehicles they built. After failing to make a jump, they crash and die, leaving only a damaged Chip Hazard. Seeing an advertisement for the Commando Elite at Toy World, Chip makes his way inside Joe's truck and forces him at knifepoint to assist in his plans.

Several sets of Commando Elite and Gwendy Dolls are activated, armed and brought straight to Alan's house. While fighting them off, the humans devise a plan to cause an EMP to fry the X-1000 chips. Alan goes up to a nearby telephone pole with Chip in pursuit. Alan ends up sticking Chip between the transformers. Eventually the Commando Elite were all destroyed after an electromagnetic pulse fried their X-1000 chips.

After the battle, Gil Mars has an idea to repurpose the Commando Elite for the Military to send them to fight South American rebels. 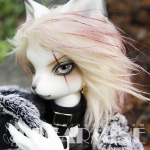