This is a list of the Commando Elite at the concept stage and ones who never made it into the final cut of the film.

There is concept of Butch Meathook wearing different colors, the color scheme of his outfit is flipped from the final design. 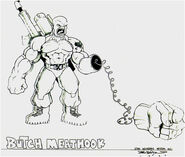 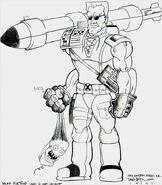 Irwin Wayfair files color.
Add a photo to this gallery
Retrieved from "https://smallsoldiers.fandom.com/wiki/Commando_Elite_Concepts?oldid=9130"
Community content is available under CC-BY-SA unless otherwise noted.