Nibble is a Gorgonite who is exclusive. He is ultimately not seen in the film. The bat-like Gorgonite, he swoops in when summoned to fire on the Commando Elite with his laser beam in the Small Soldiers (PS1). 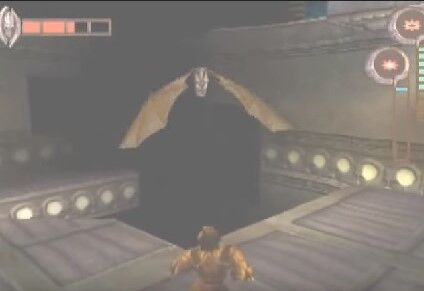 Retrieved from "https://smallsoldiers.fandom.com/wiki/Nibble?oldid=8621"
Community content is available under CC-BY-SA unless otherwise noted.